from the old eateries →to la cofradÍa de pescadores

La Cofradía Restaurant in Puerto de la Cruz is a place where you can eat out in the open air in a traditional "eatery" located in an old Canary Island manor house.

Its culinary offerings are based on simple and traditional cuisine, which is characteristic of the fishing villages dotting the coasts of the Canary Islands.

In the past, it was common for these small fishing villages to have places set up where both locals and visitors alike could enjoy a menu mainly made up of fresh fish and seafood, which were always accompanied with potatoes and vegetables harvested from nearby vegetable gardens. These were usually in some of the houses nearest the sea, where people could eat out in the open air or in one or some of the rooms. 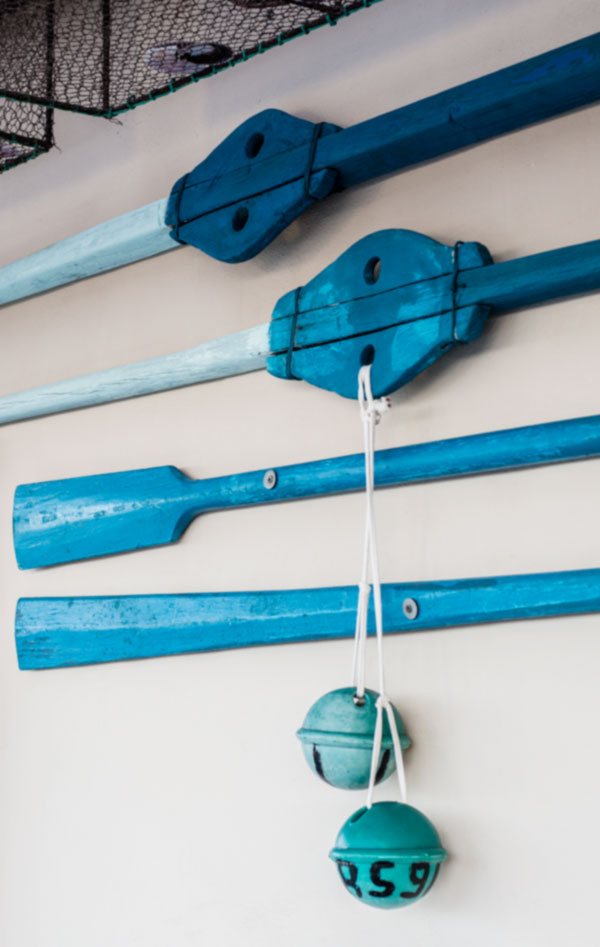 With the arrival of tourism at the end of the 20th century, these small eateries found in Tenerife’s towns turned into bona fide restaurants serving local cuisine which eventually included Western European or Mediterranean dishes.

It was during those years when modern food businesses sprung up around them. Despite providing stiff competition, they were not able to put an end to the culture of traditional eateries which still remains alive along the coasts of the Canary Islands.

Nowadays, largely due to food safety and labour-related requirements of European legislation for restaurants, they have been compelled to implement major upgrades to their infrastructure and food production processes in their kitchens. Despite this, they have remained true to their roots in terms of how they use and prepare the bounty of the sea, which they are known for.

Although La Cofradía aims to become one of the best restaurants on Tenerife specialising in this type of cuisine, it wishes to remain faithful to the tradition of simple fare of the Canary Islands’ fishing villages, where the real taste of local food shines through with no elaborate preparations. Hence, customers can have the peace of mind that they will always get a real taste of the sea here—fish and seafood at its purest, with no added frills.

Our philosophy can be easily summed up by: "fire, soul and fish"; everything else we leave to the taste buds of our customers, who have the final say on whether we’ve been successful in our endeavour to bring out the best in our ingredients.

With regard to our facilities, the restaurant is comprised of two well-differentiated areas: an indoor dining area which was recently renovated, for customers who prefer to stay inside while they dine, and an outdoor terrace where customers can enjoy the views from what is possibly the town’s most popular spot today. It’s an area for customers to eat out in the open air, where the spirit of the old fishing docks, the scent of the day’s catch, the colours of the boats and the rest of the skills which are no longer in use but all islanders have in their blood one way or the other remain alive. Puerto de la Cruz can trace its origins back here a few centuries ago, and now it’s a piece of history wherein its fishing activities live on.

Give us a call